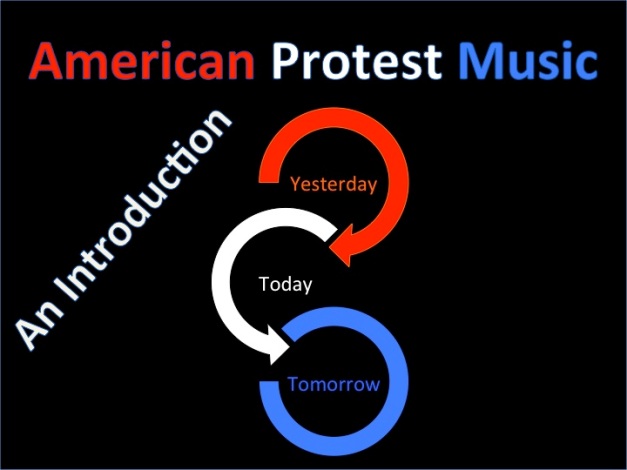 Protest Music has always been part of American music and it still is today.  It is not something that you hear about on a daily basis but it is always there lurking in the background.

In some ways, it is somewhat like the “room of requirement” from Harry Potter in that was always there when it was really needed.  Think about the song Ohio from Crosby, Stills, Nash, and Young.  Neil Young wrote the song immediately after David Crosby showed him Life Magazine photos of the National Guard gunning down students at Kent State during an antiwar protest.  The band recorded the song that night and it was released in a a matter of a couple of weeks.  There was a need and the perfect song was there.  Let’s listen…..

I can still remember hearing the song on the radio the first time.  Of course I had already heard of what happened at Kent State.  I couldn’t believe that our government had shot down innocent college student but I felt powerless and alone.  Ohio captured every emotion I felt but was unable to convey and, most importantly, after hearing the song I knew I was not alone in having those feelings….I was part of a group.  It was perfect.

In other cases protest music is already written and is just waiting for the right moment.  In this way it is like a lot of modern technological innovations that get invented before there is an application for them.  Let me give you an example from a recent article that i read in Wired Magazine.

Don Stookey knew he had botched the experiment. One day in 1952, the Corning Glass Works chemist placed a sample of photosensitive glass inside a furnace and set the temperature to 600 degrees Celsius. At some point during the run, a faulty controller let the temperature climb to 900 degrees C. Expecting a melted blob of glass and a ruined furnace, Stookey opened the door to discover that, weirdly, his lithium silicate had transformed into a milky white plate. When he tried to remove it, the sample slipped from the tongs and crashed to the floor. Instead of shattering, it bounced.

The future National Inventors Hall of Fame inductee didn’t know it, but he had just invented the first synthetic glass-ceramic, a material Corning would later dub Pyroceram. Lighter than aluminum, harder than high-carbon steel, and many times stronger than regular soda-lime glass, Pyroceram eventually found its way into everything from missile nose cones to chemistry labs. It could also be used in microwave ovens, and in 1959 Pyroceram debuted as a line of space-age serving dishes: Corningware.

The material was a boon to Corning’s fortunes, and soon the company launched Project Muscle, a massive R&D effort to explore other ways of strengthening glass. A breakthrough came when company scientists tweaked a recently developed method of reinforcing glass that involved dousing it in a bath of hot potassium salt. They discovered that adding aluminum oxide to a given glass composition before the dip would result in remarkable strength and durability. Scientists were soon hurling fortified tumblers off their nine-story facility and bombarding the glass, known internally as 0317, with frozen chickens. It could be bent and twisted to an extraordinary degree before fracturing, and it could withstand 100,000 pounds of pressure per square inch. (Normal glass can weather about 7,000.) In 1962 Corning began marketing the glass as Chemcor and thought it could work for products like phone booths, prison windows, and eyeglasses.

Yet while there was plenty of initial interest, sales were slow. Some companies did place small orders for products like safety eyeglasses. But these were recalled for fear of the potentially explosive way the glass could break. Chemcor seemed like it would make a good car windshield too, and while it did show up in a handful of Javelins, made by American Motors, most manufacturers weren’t convinced that paying more for the new muscle glass was worth it—especially when the laminated stuff they’d been using since the ’30s seemed to work fine.

Corning had invented an expensive upgrade nobody wanted. It didn’t help that crash tests found tat “head deceleration was significantly higher” on the windshields—the Chemcor might remain intact, but human skulls would not.

After pitches to Ford Motors and other automakers failed, Project Muscle was shut down and Chemcor was shelved in 1971. It was a solution that would have to wait for the right problem to arise.

The right problem for Chemcor ended up being one posed by Steve Job from Apple Computers in 2007.  He needed Corning to produce millions of square feet of ultrathin, ultrastrong glass that didn’t yet exist for a new device that Apple was working on called the iPhone.  The work that corning had done on Chemcor allowed them to produce what is now know as Gorilla Glass, a product that is now featured on more than 750 products and 33 brands worldwide.  Chemcor had finally found its problem.

Some protest music is like Chemcor.  As an example, Charles Albert Tindley wrote a song called “I’ll Overcome Someday” in the early 1900s.  Here is a 1930 performance of the song by Caldwell Bracy at the King Edward Hotel in Jackson, Mississippi.

The song was brought to the Highlander Folk School (a school that trained union organizers, in the 1930s by tobacco workers from Charleston, South Carolina.  Songwriters including Pete Seeger and Guy Carawan, heard it at the school and altered Tindley’s refrain “I’ll Overcome Someday” to “We Shall Overcome” and the resulting song became the theme song of the US Civil Rights Movement in the 1960s.  I’ll Overcome Someday had found it’s problem.  (Thanks to Wikipedia for providing source material about We Shall Overcome)   Here is Bruce Springsteen’s version of  We Shall Overcome that he recorded as part of his tribute to Pete Seeger.  Let’s listen…..

The next installment of the American Protest Music series will start to investigate the some of our earliest examples of Protest Music.  Stay tuned…….