Posted by thebestmusicyouhaveneverheard on July 31, 2012
Posted in: International Songs. Tagged: The Nits. Leave a comment

My friend Gerard, who I have been lucky enough to become acquainted with through this blog, was nice enough to send me a list of “Rain” songs from his collection.  Among those songs was Rain and Rails by a Dutch group called The Nits.  Let’s listen…..

I had not heard of The Nits before seeing them in Gerard’s list but I have to say that I love their sound!   I very much look forward to exploring more of their music…..thank you my brother for introducing me to The Nits!

I feel guilty making this Badfinger post when I don’t really have the time to do the song or the band justice.  Everyone probably knows the incredible tragedies associated with the band so I will not repeat them in this post.  Just thinking about it breaks my heart all over again.  Maybe I will be up to saying more in a post later this week. Moving on….

Today’s long song post features Timeless, the last song on the second side of the band’s last album for Apple called Ass.  The song was written by Pete Ham and he is featured on lead vocals and on an incredible lead guitar.  Let’s listen…

To top things off today I have a live performance of the song from a 1974 concert in Vancouver, Canada.  Good stuff…..

To Our Friends In The UK – Good Luck With The Olympics!

Posted by thebestmusicyouhaveneverheard on July 28, 2012
Posted in: Politics. Leave a comment

Please don’t judge us based on Mitt!

The rest of America is with you!

I would like to dedicate the following song to the London Olympics.  Just saw a version in the opening ceremony….this is my favorite version.

Posted by thebestmusicyouhaveneverheard on July 27, 2012
Posted in: Word Of The Week. Tagged: Creedence Clearwater, Revival, The Dramatics. 2 Comments

It is a rainy day in northern Alabama so nature has declared the word of the week for me.  As with last week’s word, my iTunes library has a plethora of songs about rain.  It’s pretty interesting to look at the views on rain expressed in songs: some people have colored rain (Red Rain – Peter Gabriel), some people want to go in the rain (In The Rain – The Dramatics), some people want to stop the rain (Who’ll Stop The Rain – Creedence Clearwater Revival), and so on….

Enjoy the music…let me know if you have a favorite “Rain” song.  There are some interesting surprises in the tracks below so be sure to listen.

Be The Rain – Neil Young

Be the ocean when it meets the sky
“you can make a difference, if you really try”
Be the magic in the northern lights
“six days….six nights”
Be the river as it rolls along
“it has three eyed fish and it’s smellin’ strong”
Be the rain you remember fallin’
“be the rain, be the rain”

Dream the hunter on the western plain
“the birds are all gone, where did they go?”
Dream the fisherman in his boat
“he’s comin’ home empty, he’s barely afloat”
Dream the logger in the great northwest
“they’re runnin’ out of trees, they got to give it a rest”
(there’s no other way to cut it)
Dream the farmer in the old heartland
“corporate greed and chemicals are killin’ the land”

Next mornin’ sun was up at dawn
She looked around and earth was gone
Dark visions he had last night
He needed peace, he needed light

Posted by thebestmusicyouhaveneverheard on July 26, 2012
Posted in: Album Of The Week. Tagged: New York Dolls. Leave a comment 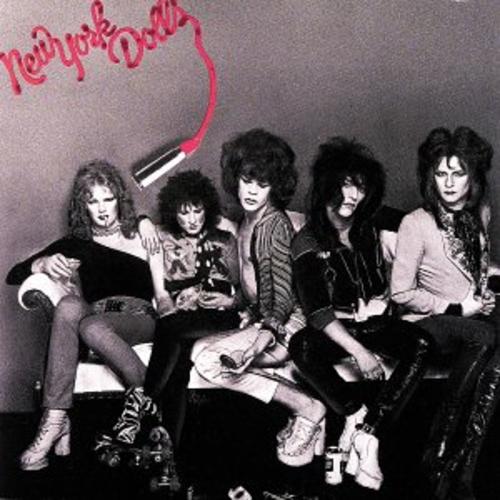 Let’s listen to Jet Boy from their self titled first album released in 1973.

I love the guitar (Johnny Thunder & Silvain Silvain), love the vocals (the awesome David Johannson) and love the song.   Jet Boy closed the album, let’s balance that out by listening to the first song on the album, Personality Crisis.

The Dolls deserve more than a crummy two song post so here is their entire first album.  You better listen….and you better crank up the volume!

Todd Rundgren did a great job on the production of this album.  I thought he perfectly captured the Doll’s sound.  The original band managed to hang on and produce one more great album, Too Much Too Soon, but they were gone by 1975.  To paraphrase Neil Young, better to burn out than to rust away.

Yes…various incarnations of the surviving members of the Dolls have reformed, recorded, and toured during the last 10 years but to be honest I just don’t care.  The Dolls left us in 1975.

Good Time, a new song by Owl City (an American synth pop artist), which features Carly Rae Jepsen (a Canadian singer), just screams “Summer is here!” to me.  No matter how tired or stressed I am this song makes me smile and want to get up and move.

The Beach Boys have always meant summer and this summer, the surviving original members of the group have patched up their differences and are making one last tour this summer to celebrate their 50th anniversary.  Yes….these guys are in their late sixties but they still have the most amazing vocals ever and Brian Wilson at 70 still has more musical genius in his little finger than most of today’s musicians.

This first clip was put together by 46807nipster on YouTube and features We’re Together Again (a 1968 Beach Boys song) paired with the lead off song on their new album Think About The Days.

There was a great story about Think About The Days in the June 21, 2012 Rolling Stone.

“Last May, the Beach Boys got to together at Capitol Studios to test the waters for a 50th-anniversary reunion.  The objective that day was to remake “Do It Again” a 1968 single that itself was a throwback to the group’s early sound.  But Wilson had something else in mind, too – so he asked the Beach Boys to gather around the piano to sing some new music he had  been working on.  “None of them knew what he was doing,” says Joe Thomas, a longtime Wilson collaborator who was enlisted to help bring the reunion together.  But Wilson kept on – “C’mon guys, let’s go.”

“When he first started playing the chord progressions,” Love remembers, “I was standing there , thinking ‘Wow, that’s cool, that’s a certain type of Brian Wilson chord change.’  I thought, ‘Shit – he’s still got all of his talents intact.'”

Then Wilson began to call out instructions for the vocals – “layering in our voices,” says Jardine.  “Somehow he had worked out the entire arrangement in his head.  He knew each person’s range, and just stacked one voice on top of the other.”

As great as Think About The Days is, it is the last song on the album, Summers Gone, that is the real masterpiece.  I guarantee that Summers Gone is a song that will makes us all cry the first time we listen to it in the future after Brian has left this world.  See what you think….

Posted by thebestmusicyouhaveneverheard on July 24, 2012
Posted in: Coming Attractions. Leave a comment

I’m sure that you have noticed that I have not been posting at my normal rate over the past week or so.  Things are very stressful at work so I have been spending nights and weekends doing real work rather than working on the blog.  I am also way behind in resounding to email so please bear with me if you have emailed me and I have not responded yet.

Although things are still quite hectic I have some amazing things coming your way this week.

I am also trying to decide on a topic for a new series of posts now that “The Southern California Sound” series has completed.  Please let me know if you have any recommendations.

Thanks for continuing to read the blog….more good stuff is on the way!

“You People” – Let Them Eat Cake

I know this is a music blog but from time to time I will choose to post about other topics, especially during this election year in the US .  If you aren’t interested in these non-music posts, please ignore them….I promise this blog will remain focused on music.

First up….Ann Romney, wife of presumptive Republican nominee Mitt Romney, letting slip how she and Mitt view the people that they want to “rule”.

I’ve selected Old Fart to present a response from “We The People” (that would be “you people” to Queen Ann).

If we know how they feel about us and still vote for them……we will get exactly what we deserve!

Our feature attraction today is Rare Earth’s 1970 performance of I Know I’m Losing You.

Rare Earth was on the Motown label and I Know I’m Losing you was originally recorded by another Motown group, The Temptations.   Here is an amazing late 60’s Temptations performance of the song on the Smothers Brothers show.

Finishing off the triple play may be the best performance of the three and given the preceding performances that is saying a lot.  The Faces were at the height of their power during this 1971 performance on BBC.  What a band, what a song, who could ask for more……

Friday Word Of The Week – Don’t

This is probably the word that all of us heard most often often as kids.  I recently looked at my iTunes library and I have almost 200 songs that start with Don’t…can’t be a coincidence!

Enjoy the music…let me know if you have a favorite “Don’t” song.

Don’t Let It Bring You Down – Neil Young

Any suggestions for Word of the Day for next Friday?