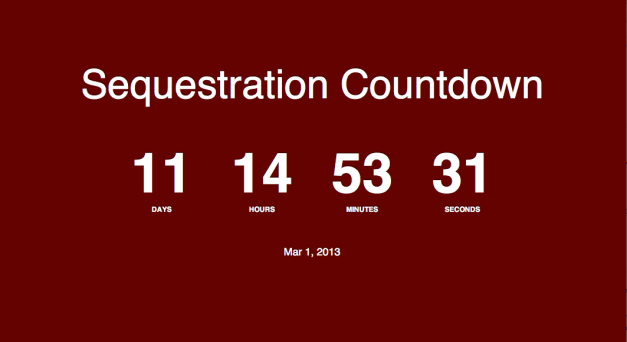 “The impact will be damaging immediately and imperil the next generation of cancer researchers,” Dr. Donald Trump, president and chief executive officer of Roswell Park, said this week.

Cancer research helped save the life of a Cheektowaga woman who was successfully treated for breast cancer at Roswell Park with a drug in a clinical trial. The woman, Averl Anderson, appeared on Monday with Trump, Rep. Brian Higgins and Hillary Clarke, director of federal government relations for the American Cancer Society Cancer Action Network.

If these automatic cuts, known as sequestration, are allowed to take effect, many critical domestic programs will be undermined, including those funded by the National Institutes of Health and its subsidiary, the National Cancer Institute.

It’s one thing to argue for spending cuts, which are, in fact, necessary, together with tax increases, tempered, one hopes, by economic growth. But there is no judgment being exercised here, no evaluation of what to cut, and how much. Only a Congress that is simultaneously lazy, reckless and indifferent would sit back and allow cuts that will cause severe damage to domestic and military programs and almost certainly shove the country back into recession. Recessions, if the mainly Republican backers of sequestration don’t already know, tend to require additional spending. That’s one reason why we have these enormous budget deficits – that and unwise tax cuts by President George W. Bush and the cost of two unfunded wars.

Many areas beyond cancer research will be harmed by this cavalier approach to deficit reduction. The cuts to the NIH would also strangle research into Alzheimer’s disease, which afflicts some 5.4 million Americans.

This is no way to deal with the budget. The deficit is significant, but no worse proportionately than the deficit following World War II. There were good reasons to borrow during this recession. The spending wasn’t directed as well as it should have been, but without it, the economy would have frozen; police, teachers and firefighters would have been laid off in huge numbers; the American car industry would have collapsed; and unemployment would have been even higher. Presidents Bush and Obama both recognized that, and acted accordingly.

As Obama said in his State of the Union speech, the nation can work its way out of this. Through targeted budget cuts, targeted tax increases and economic growth, the country can regain its financial footing after a historic recession. That’s the responsible way forward.

If Republicans choose the path of irresponsibility – a path that will cast the nation back into a recession and once again throw Americans out of work – voters should remember.

(Thanks to the Buffalo News For This Article)

During the 2012 Election the Democrats started to chip away at the Republican majority in the House of Representatives.  Message to the Republicans……American voters are watching and there will be a price to pay for your irresponsibility and obstructionism.