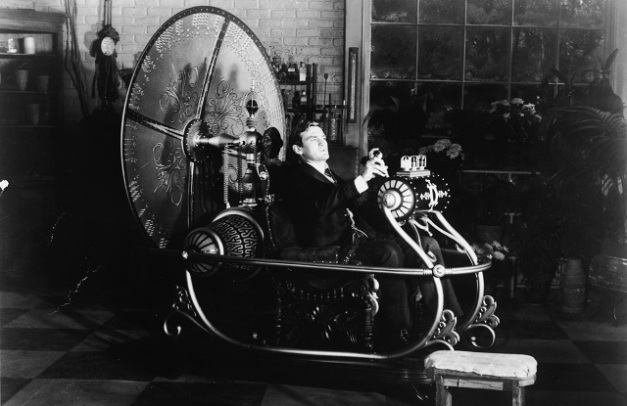 I would love to be able to travel back in time…..unfortunately i read an article on Huffington Post yesterday where Brian Cox, a particle physicist, states that time travel is possible but only to the future…..

We may be able to book our ticket to the future someday — it’ll just be a one-way trip.

In a presentation at the British Science Festival, particle physicist Brian Cox said that time travel is possible but only in one direction.

“The central question is, can you build a time machine? The answer is yes, you can go into the future,” the University of Manchester professor told the audience during his hour-long speech on Tuesday, according to The Telegraph. “You’ve got almost total freedom of movement in the future.”

You might be asking yourself why would I like to travel to the past?  The answer is simple….that is where most of the music that I like was recorded and I would like to be back there to observe and participate in realtime.  Who wouldn’t want to travel back in time and go to Woodstock?  Even better….who wouldn’t want to go back in time and be in the recording studio when some of the great music of all time was being recorded?

All of this brings us to a new series of posts that I call Time Machine Tunes, or TMT for short.  This is not just old music….I am talking about rare bootleg recordings from studio sessions or concerts.  I have spent years gathering such recordings  and have not chosen to share them on the blog until now.  The songs in these posts will only be available on this site and I hope that you will enjoy them.  As always let me know what you think.

Be looking for the first post in this series sometime next week.