Posted by thebestmusicyouhaveneverheard on September 29, 2013
Posted in: EPIC Riffs. Leave a comment

This is my fifth post in the new Epic Opening Riff series.  Today’s riff is once again a guitar based.  This riff comes from a song that isn’t a favorite of the band that recorded it, or of their fans, but……I absolutely love it.  This riff, and the song that includes it, never fails to make me smile and want to pogo no matter where I am.  I’m not exaggerating….if this song comes on when I’m in a grocery store, or any other store for that matter, I start bouncing up and down.  Yeah I know….I’m 60 and that probably looks pretty weird but it makes me happy.  This, by the way, is why I am featuring this riff today.  I’m incredibly depressed about the state of affairs in the US and I need something to cheer me up.  Let’s listen to the riff….I hope it makes you as happy as it makes me……

Now it’s your turn……. post a comment with the name of the song that the riff is from, and the performer, and I will recognize your superior  musical knowledge when I make a post with the whole song tomorrow.  Please jump right in with your answers.  As noted above, I need something to cheer me up and your comments always do that!

Posted by thebestmusicyouhaveneverheard on September 29, 2013
Posted in: Add This To Your Playlist Now, Government Shutdown, Humor, New Music That Doesn't Suck, Politics. Leave a comment 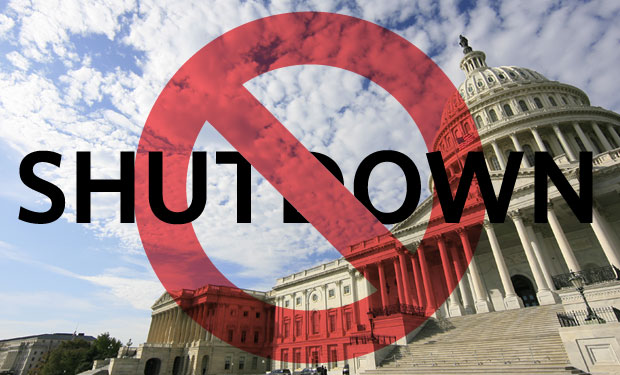 In an effort to start to bring this Blog back to the topic of music I offer up the following song that I found on You Tube.  It was written and performed back in 2011 when we were going through the same Republican Government Shutdown bullshit.  The song is so funny I laughed out loud.  I hope you enjoy it as well…… 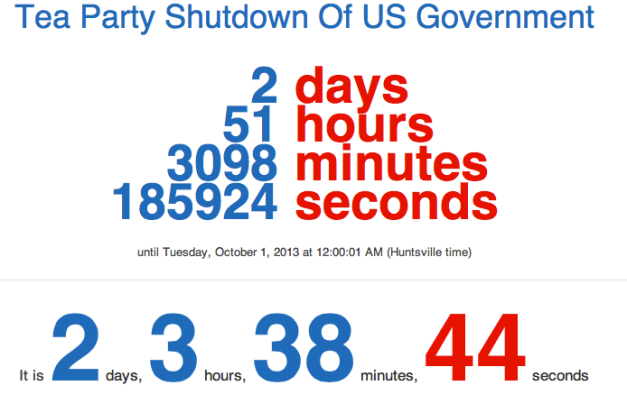 The United States Government is within 2 days of being shutdown by the extremist, Tea Party faction of the Republican controlled House of Representatives.  Please visit my politics blog if you are interested in following this story.  You will find a link to my countdown timer itself so you can watch it countdown in realtime.

The shutdown situation has continued to spiral out of control today and Republicans have continued to say incredibly stupid things.  Let me give you an example.  In an article named Prepare For Shutdown, Suzy Khimm and Benjy Sarlin report the following statement by Congressman John Culberson of Texas regarding the House of Representatives latest plan to kill Obamacare.

Republicans enthusiastically embraced the new plan in a special closed-door meeting on Saturday, breaking out into huge applause as members cheered “Let’s vote!”

Culberson was referring to a quote from Todd Beamer aboard United Airlines Flight 93, a plane hijacked by al Qaeda terrorists on Sept. 11 that crashed in Pennsylvania after Beamer and other passengers fought to regain control.

Every American ought to be insulted by statement.  But………now that the Republicans have gone there let me tell you the comparison that is really applicable……

What we have with the Tea Party is a small group of extremist attacking the United States.  They are holding the US Government (and therefore every loyal American citizen) hostage by refusing to pass a funding bill unless it includes provisions to destroy Obamacare.   Since Obamacare was voted into law by Congress, and deemed to be legal by a Supreme Court decisions, what the Tea Party is trying to do is to over throw the rule of law by using extortion.   That sure sounds like an act of terrorism to me…..I say it’s  time to call in the Navy Seals!