Now It All Makes Sense….Mitt Romney Is Herman Munster

Well there is one difference….the Munsters were funny.  Mitt and Paul….scary and not at all funny!

If you don’t believe me, go to Google Images and search on “completely wrong”.  What do you see?  Page after page of pictures of Mitt.

Maybe Google isn’t enough for you so let me make the case…..

Wrong For The Economy

Wrong for the Health Care system

Wrong for the Environment

Do I need to say more? 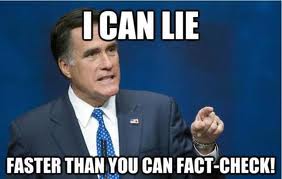