Posted by thebestmusicyouhaveneverheard on July 11, 2012
Posted in: The Southern California Sound. Tagged: The Eagles. Leave a comment

Back on June 12 we were talking about Linda Ronstadt who in an effort to improve her live show had hired Glenn Frey (from Longbranch Pennywhistle) to put together a new band for touring and for her third album.  The band that Glenn put together included Glenn,  Don Henley (a drummer from a group called Shiloh) and Randy Meisner (Poco/Rick Nelson’s Stone Canyon Band).  Bernie Leadon from the Flying Burrito Brothers was among the contributing players on Linda’ third album and would end up joining the band for at least a portion of the summer tour.

After the album and the tour, it was clear to everyone, including Linda, that this group of guys was something special.  It was with Linda’s encouragement that they formed their own band and signed with Asylum Records.  The Eagles had landed (my apologies to the Apollo program!) and when they spread their wings, and took off with their self titled first album, the Southern California Sound was headed for new heights.

The first song on the Eagles first album was one of the best lead off songs of all time…Take It Easy. Mostly written by Jackson Browne with a little help from his old downstairs neighbor Glenn Frey, the song was a breath of fresh air.  Even today, when I hear that first acoustic strum a big smile appears on my face.  Let’s listen…….

While Glenn Frey and Don Henley would soon start to dominate the band (from all perspectives) after their first couple of albums, this first album featured a nice mix of all four original members of the group.  One of my favorite songs from the album, Earlybird, was written by Bernie Leadon and Randy Meisner with Bernie taking lead on vocals.  See what you think….

You have to love those vocal harmonies and I am a sucker for the banjo!  The Eagles were well on their way.

The Eagles’ next album, Desperado, was a concept album about the Dalton gang.  It is my favorite Eagles album  and I think it is an artistic tour de force.  In addition to the four Eagles, Jackson Browne and John David (JD) Souther also provided significant input to the album.  As an interesting aside, the contributions of Jackson and JD were acknowledged in the photo on the back of the album cover (see below). 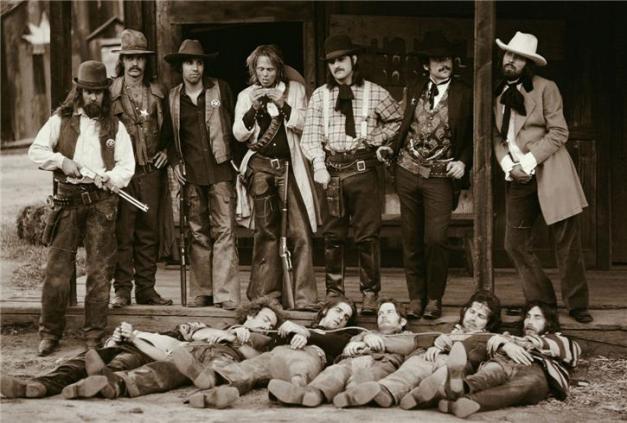 Since Desperado is such a great album let’s switch things up and listen to the whole thing.  See what you think….

I can’t leave the Eagles post without sharing a great BBC performance from 1973.  This is really great stuff….I hope you enjoy it.

Out picture is almost complete….stay tuned! 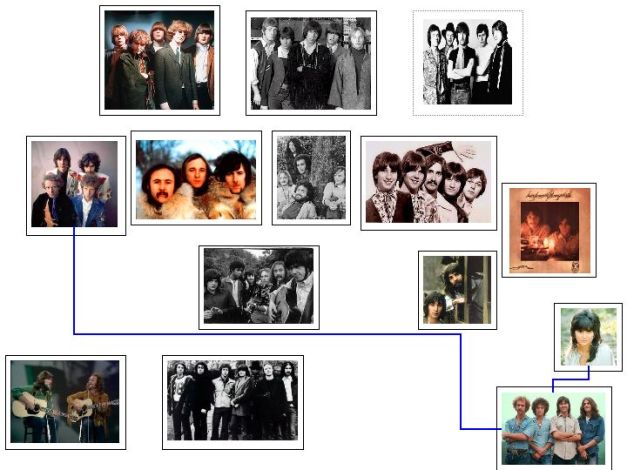