This is the first in a new series of posts that explores artists with demonstrated talent but no ability to translate their talent into a long term career.  Some people refer to these artists as “one hit wonders” but I have never liked that term because.  To me “one hit wonder”   applies to people that do novelty songs (think Disco Duck by Rick Dees) not to people with real talent.  So….we will avoid that term and refer these people as underachievers – people that achieved less success than expected.

Up first is Benny Mardones. 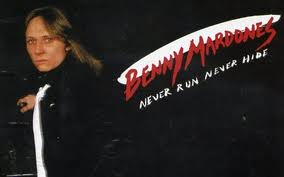 Benny seemingly came out of nowhere with his incredible 1980 hit song called Into the Night.  Let’s listen…….

The vocals on this song are amazingly soulful and I just knew he was going to be  a long term success.

I bought, and still own, his first album and could not wait to see how he was going to out do himself as he progressed in his career.