The Southern California Sound #11 – And Then There Were Two

Posted by thebestmusicyouhaveneverheard on June 4, 2012
Posted in: The Southern California Sound. Tagged: Crosby and Nash. 3 Comments

This is the 100th post for thebestmusicyouhaveneverheard blog.  To celebrate, I have prepared an extra special post for you today.  Enjoy!

When we last checked in on Crosby, Stills, Nash, and Young they had released their first CSNY album, Deja Vu.  The group quickly broke apart as all four members worked on and released solo albums.  David Crosby and Graham Nash had developed a strong friendship and artistic kinship so it was no surprise when they decided to tour together as a duo in the fall of 1971.  This tour was the start of a duo that continues to record and tour together to this day.  In 1972, the duo released their first album titled Graham Nash and David Crosby and it was a stunner reaching #4 on the album charts making it significantly more successful than either of their solo albums.  Graham and David would, of course, continue to perform with Stephen Stills and Neil Young in various configurations throughout the coming years but it was their duo that would prove to be most stable and productive element of their musical careers.  As proof of the importance of this relationship, I have read many stories that indicate that the biggest motivational factor for David pulling himself out of his addiction to drugs in the 80’s was the fact that Graham had refused to perform with him again unless he cleaned himself up. 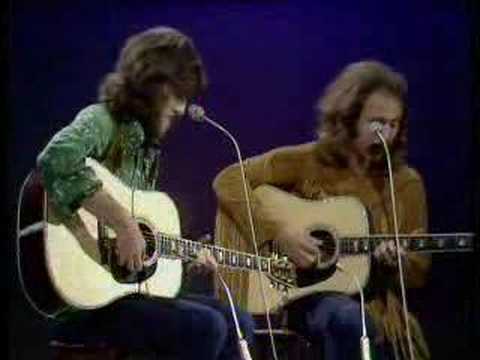 Enough talk, let’s get to the music!  Both Graham and David contributed songs to their first album as a duo but I have to say that David’s songs were the highlight of the album in my humble opinion.  (Remind me to post some of David’s demos of these songs from the recording sessions for his first album….they are amazing in their own right)  Each of David songs was a masterpiece but I have managed to select two for this post. First up is The Wall Song followed by Games.  Let’s listen…….            (sorry for the ads on both of David’s songs!)

Even though I preferred David’s songs, Graham was anything but a slacker on the album.  His song Immigration Man was released as a single from the album and can still be heard on the radio today.  I have chosen a lesser known, but beautiful, song from the album to highlight Graham’s contribution to the album.  Let’s listen to Southbound Train….         (Once again, sorry for the ad!)

As I said at the start, the album was a stunner and I highly recommend that your check it out if you do not already own it.

Before we end this post I have a remarkable bonus for you that I think you will really like.  Graham and David performed a 30 minute acoustic set for BBC in the fall of 1970 and their performance was one for the ages.  They were charming, funny, and the music was glorious. Listening to their banter highlights the strength and depth of their friendship.  The following five videos will allow you to experience their entire BBC performance.  I hope you enjoy it! 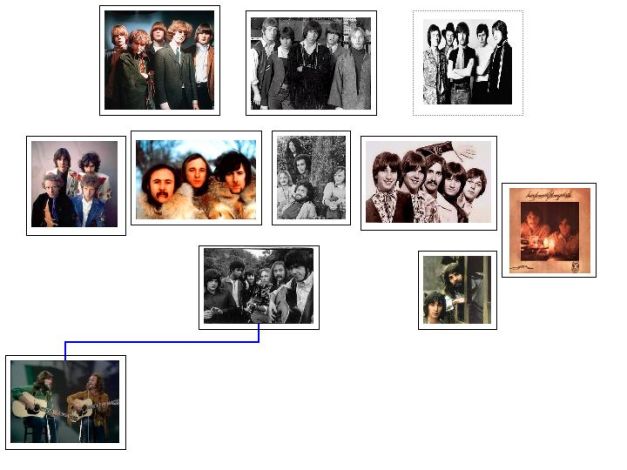