Posted by thebestmusicyouhaveneverheard on May 2, 2014
Posted in: Friday Showdown. Tagged: The Archies, The Dum Dum Girls. Leave a comment 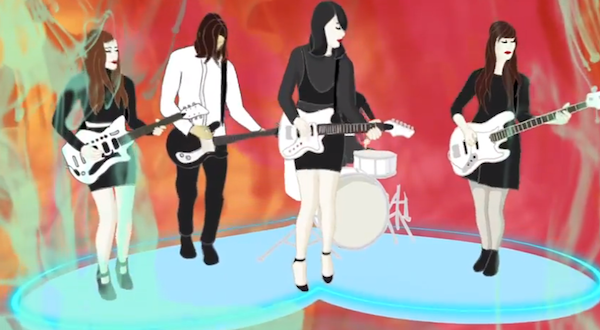 First up in today’s show down is an animated version of The Dum Dum Girls performing their song Rimbaud Eyes.  I know, I know I featured this song in a post already but their official video that was just released is so cool I had to give them just a little more exposure.

Challenging The Dum Dum Girls for animation domination today is the Archies, a fictional group that was featured on a Saturday morning cartoon show in the late 60s and early 70s.  The Archies actually had huge radio hits with songs like Sugar Sugar (voiced by Ron Dante who I have posted about several times on this blog) so let’s give them a listen….

And the winner is….after a well fought battle of the bands…..The Dum Dum Girls, of course.  Why, well it’s been my experience that a real girl always beats a fictional girl…case closed!

Posted by thebestmusicyouhaveneverheard on July 17, 2013
Posted in: Two'fer Tuesday. Tagged: The Archies, The Cuff Links. Leave a comment 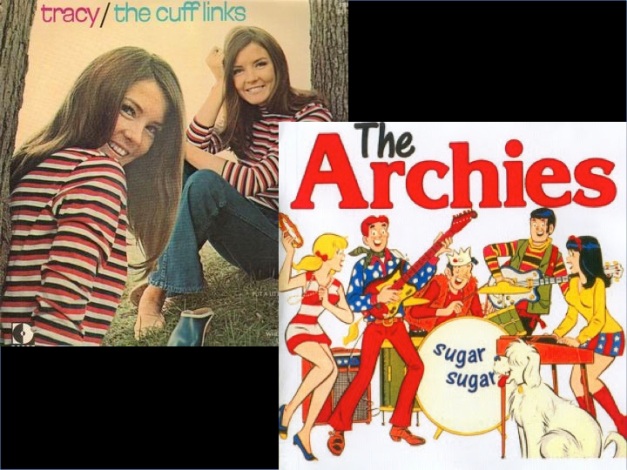 In 1968 Don Kirchner started to assemble a studio band to record as the Archies, a popular comic book series and cartoon show on US Television.  The Archies music would be featured on the cartoon show and released on records.   Miraculously, the bubble gum pop sound of  the Archies also generated huge hits.  In 1969, Sugar Sugar became a number one hit for the Archies.  Let’s listen…….

While the Archies were riding high on the charts another studio band was recording songs which would eventually be released under the name, The Cuff Links.  One of these songs, Tracy, became a top ten hit and a gold record.  See what you think……

As it turns out these two fake groups had something more in common than scoring big radio hits in 1969.