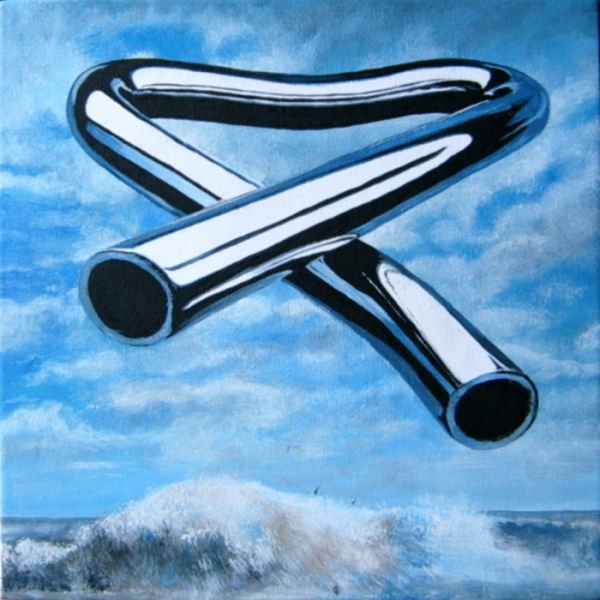 Albums released  in April and May of 1973 were a mixed bag.  Some solid releases from existing bands, some excellent debut albums by new bands, and one release that came out of the blue and took the charts by storm based on the success of the movie that featured it as a soundtrack.  Let’s dive right in to some of the highlights.

I posted about the early days of the Eagles, including their second album Desperado, in a post from last year named The Southern California Sound #14.  It is worth checking out if you didn’t catch the first time around.  Here is the title song from the album which is probably my favorite Eagles album of all time……

Manassas – Down The Road

Down The Road was the second, and unfortunately the final, studio album by Manassas.  I have already written about the reasons for this being their last album in my  The Southern California Sound #13 post from last year….check it out if you are interested.  In the meantime, here is a great Chris Hillman song from the album.

I did a detailed post, Album of the Week #9, about this album so I won’t bore you with all of the details again but I highly suggest you read it if you are not familiar with the band.  Here is my favorite song from the album……

I can’t tell you how much I wish that someone still made music this good!

There is a great story that goes along with this one.  After Randy Bachman left/was forced to leave the Guess Who he created a new band, Brave Belt, that never really caught on.  They lost their recording contract and were about to give up when fate intervened.  Here is the story as captured on Wikipedia…..

In April 1973, Charlie Fach of Mercury Records returned to his office after a trip to France to find a stack of unplayed demo tapes waiting on his desk. Wanting to start completely fresh, he took a trash can and slid all the tapes into it except one which missed the can and fell onto the floor. Fach then picked up the tape and noticed Bachman’s name on it. He remembered talking to him the previous year and had told Bachman that if he ever put a demo together to send it to him. While playing the first song on the 7½ inch reel, “Gimme Your Money Please”, Fach called Bachman to tell him that he wanted to sign the band.

Charlie convinced them to change their name to Bachman Turner Overdrive and the rest is history.  Let’s listen to the song that saved them.

Tubular Bells came out of no where back in May of 1973.  It was recorded by Michael Oldfield when he was only 19 years old and garnered significant radio plan later that year when it was featured as part of the sound track of the hit movie The Exorcist.  Let’s listen to Tubular Bells part one which took up the whole first side of the album when it was released.

Just like I long for music as good as Can’t You See…..I also long for the days when a single song could span the entire side of an album.!

I Got You Covered #7 – It Doesn’t Matter

Posted by thebestmusicyouhaveneverheard on September 12, 2012
Posted in: I Got You Covered. Tagged: Chris Hillman, Dan Fogelberg, Manassas, Stephen Stills. Leave a comment

In 1987 Dan Fogelberg released, Exiles, his tenth album.  He was in the process of going through a divorce (not one that he initiated) and coping with a seriously broken heart.  The album is all about grief with songs that touch on all of its stages: Denial, Anger, Bargaining, Depression, and Acceptance.  Today we are focused on Anger.

Dan wrote all of the songs on Exiles with the exception of It Doesn’t Matter which was written by Stephen Stills and Chris HIllman and originally released by Manassas.  We featured the Manassas version our Southern California Sound #13 post but let’s listen again to refresh our memory of what the original sounded  like…..

I love this song and, while the lyrics are sad, I never considered it to be angry.  If I had to categorize the tone of the Manassas performance it was resigned…..definitely not angry.

Back to Dan and his cover version of the song.  Believe it or not, his version is not on YouTube so I put it on my private channel just for you guys.  Let’s listen and then we will talk.

Angry, Angry, Angry….the last 90 seconds of this song are amazing.  Although I have huge respect for Dan’s guitar skills,  I never imagined that he had that solo in him.  I don’t know if Dan had screaming matches as part of his divorce but if he didn’t that guitar solo definitely got it out of his system.  It was a musical, one sided, all out screaming match and I am willing to bet that he was emotionally spent after recording it.  I am seldom surprised by musical performances but this one was an exception.

All I can say is well done Dan……..we miss you very much!

If you haven’t done it already, go back to yesterday’s post and sign the petition to get Dan into the Rock and Roll Hall of Fame!

The Southern California Sound #13 – Leader Of The Band…..At Last

Stephen Stills had been a man on a mission since the mid-1960.  He wanted a band!  Not just any band but a band that was his and his alone.  He wanted to be in control.

Buffalo Springfield held promise but it could never really be his band with that pesky Neil Young competing with him and refusing to take his direction, or anyone else’s direction for that matter.  He thought he had it made with Crosby, Stills, and Nash but they were more of a vocal group than a band.  Hell, he had to play almost all of the damn instruments himself on their first album.  In his desperation for a real band he somehow allowed Neil Young to re-enter the picture with CSNY.  It was great having Neil as a foil, and someone that was his equal for extended guitar solos, but just like with Buffalo Springfield, Neil refused to cooperate with Stephen’s ambitions.  In the end, Neil treated CSN like an alternative backup band to Crazy Horse which was not to Stephen’s liking at all!

In 1971, Stephen took matters into his own hand and formed Manassas, the band of his dreams.  Stephen was in charge and the band could really kick ass.  This was a group that could comfortably play the country flavored rock that the California sound was famous for as well as the latin flavored music that was Stephen’s secret passion.  Although Stephen was in charge, he had a pretty impressive right hand man in Chris Hillman who we have discussed at length as an original member of the Bryds and of the Flying Burrito Brothers.  The other musicians were equally impressive in their own right and included Al Perkins (steel guitar), Fuzzy Samuels (bass), Paul Harris (keyboards), Dallas Taylor (drums), and Joe Lala (percussion – the foundation of the latin sound that I mentioned).  It was a real band, a big band, and it would be the source of some of the best music of Stephen’s career (and Chris’ career as well).  On most days I actually prefer listening to Manassas over CSN or CSNY and that says a lot.  So today we are going to celebrate Manassas’ two studio albums with a lot of music….no I mean a whole lot of music.    I hope you enjoy it, I am not going to bore you with a lot of my feelings.  Quick introductions and then on to the music.

First up is a song written by Stephen and Chris called Both of Us (Bound to Lose).  Chris and Stephen trade of lead vocals and the harmonies are amazing.  My favorite Manassas song….

Next up is my second favorite Manassas song, It Doesn’t Matter, which was also written by Stephen and Chris.

Finally, we have a beautiful song written by Stephen called Move Around.  In addition to a great vocal by Stephen, this song has an extremely tasty synthesizer backing track.

So far we have highlighted some of my favorite tracks from the Manassas double album but you only have half the story.  I mentioned early on that this band could kick ass and now it is time to prove it.  We are lucky enough to have a full 35 minute Manassas performance from a German TV show in 1972.  The set list from this show includes a number of songs from their double album: Bound to Fall, It Doesn’t Matter, Hide It So Deep, Song of Love, Rock ‘n Roll Crazies, Cuban Bluegrass, Jet Set, Jam, The Treasure.  Let’s listen……

If you aren’t sold on Manassas I seriously have to question your musical taste but I am going to give you one more chance.  Let’s sample some Manassas’s second (and last) studio album titled Down the Road.   This album was pretty much panned by the critics but hopefully you have learned by now that I trust myself over any critic and I feel today like I did in 1973.  Down the Road was a great album.  Maybe not as good as their first but great in its own right.

So Many Times was easily the best song on Down the Road.  Once again it was cowritten by Stephen and Chris.  Chris takes the lead vocal with Stephen singing harmony and the result is amazing.

For a change of pace, let’s listen to Down the Road, the title song from the second album.  Some wonderful slide guitar from Stephen on this one.

To wrap things up I am sad to report that Manassas met it demise in 1973 soon after the release of their second album.  The cause….Stephen was lured back to CSNY for one of their many short lived reunions.  In my opinion Stephen had it all and threw it away.  Maybe it was the money, maybe it was the fame, but whatever it was Stephen would never again have a band as good as Manassas or music with the same level of consistent quality.  On the other hand, some of the other members of Manassas still had a role to play in the story of The Southern California Sound.  We will hear about them in the final post in this long running series.