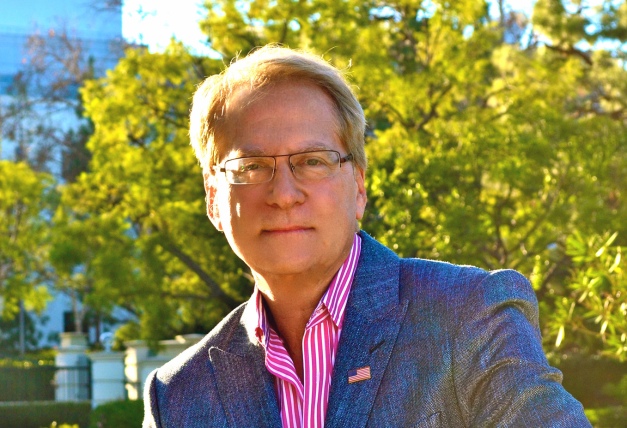 You aren’t going to believe what this idiot said yesterday at a rally with Sarah Palin, Ted Cruze, Mike Lee and others on the National Mall.  Here’s an article about his statements, a video of some of his comments, and a summary of other incendiary comments he has made recently.

At a veteran-led rally that hit the World War II Memorial, the National Mall and the White House on Sunday, one tea party rallier had choice words for President Barack Obama, blaming him for the government shutdown and calling on him to step down.

Larry Klayman of Freedom Watch, a conservative political advocacy group, said the country is “ruled by a president who bows down to Allah,” and “is not a president of ‘we the people.'”

“I call upon all of you to wage a second American nonviolent revolution, to use civil disobedience, and to demand that this president leave town, to get up, to put the Quran down, to get up off his knees, and to figuratively come up with his hands out,” he said.

Klayman was joined by a group of veterans protesting the memorial closures that followed the government shutdown earlier this month. The demonstrators, who were met by Sen. Ted Cruz (R-Texas) and former Alaska Gov Sarah Palin, pushed through the barriers at war memorials and carried the barricades back to the White House, Confederate flags in tow.

“Our vets have proven that they have not been timid,” Palin said at the rally, “so we will not be timid in calling out any who would use our military, our vets, as pawns in a political game.”

Here’s the video so you can hear this nutcase for yourself…….

This isn’t the first time for Larry’s insane rants.  Read the following report from the Crooks and Liars blog for earlier rants from him…..

In July, he called for the military to overthrow him [President Obama].

In September, he vowed to force the “evil tyrant Obama” from office by November 16th. Then he slid the date to November 19th.

Just last week, he sadly announced that he believed violent revolution was imminent.

He used the very same language today that he used in mid-September, except then he added some rhetorical flourishes:

“[Obama] will finally know that his time has come to leave his perverted, Islamic concept of Mecca, our nation’s hallowed capital,” Klayman concludes. “I do not advocate violence, but it is time we show Obama that we mean business. He would be well advised to ride off into his Islamic sunset, link up with 72 virgins and party on at his expense – not ours!”

These people are crazy and scary.  This is the kind of people we are dealing with in the Government Shutdown/Debt Ceiling Crises…..it’t time to squash!   You can’t reason with people that are insane!

Posted by thebestmusicyouhaveneverheard on October 14, 2013
Posted in: Add This To Your Playlist Now, Album Of The Week, Monday Music Matinee, New Music That Doesn't Suck, Rock Interviews. Tagged: The Head and the Heart. Leave a comment

As I mentioned yesterday’s The Head and the Heart post, the band has a new album (Let’s Be Still) that will be released tomorrow.  As a lead in for that release, I thought you would enjoy hearing their great single, Shake, from the new album.

While you are waiting to pick up your copy of Let’s Be Still tomorrow you might enjoy this 4 part video of the band visiting Lawrence High School.  It’s part interview and part live session.  I think you will like it.

The Republican Right Wing Extremist Tea Party continues to hold the US Government hostage.  Looking like this could go on a while with the House crazies looking to link raising the Debt Ceiling to Obamacare.

Sunday Sessions #19 – The Head and the Heart (Live on KEXP)

Posted by thebestmusicyouhaveneverheard on October 14, 2013
Posted in: Sunday Sessions. Tagged: The Head and the Heart. Leave a comment 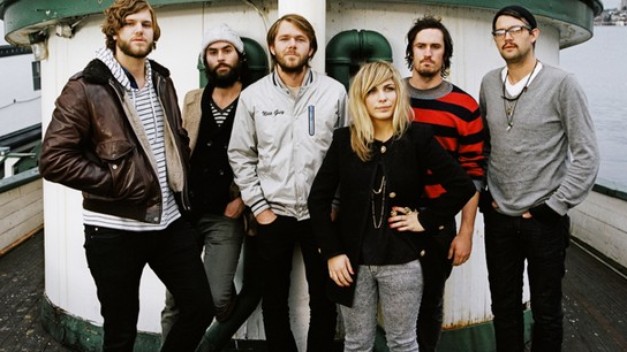 Tonight I have a great performance by The Head and the Heart at KEXP from September of last year.  I’m really looking forward to the release of their new album on Tuesday.  I will post about it once I manage to get my hands on it.  In the meantime, enjoy this excellent live performance…….