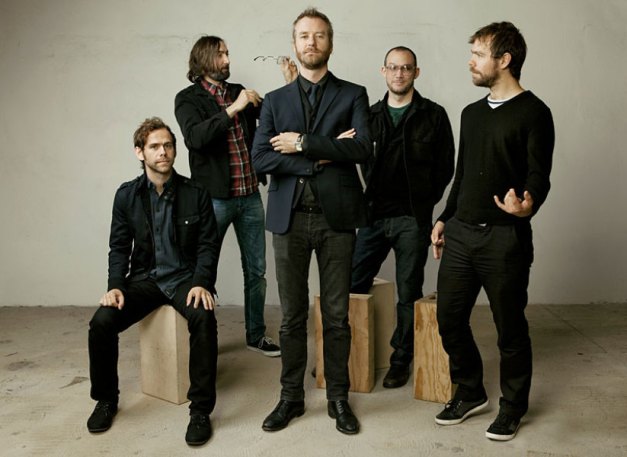 Let’s get right to the point……I have been listening to The National’s most recent album, (Trouble Will Find Me) for the past month and it’s a a huge disappointment.  As a self confessed fan, it pains me to say this but the songs on this album are boring.  They drone on and on with minimal dynamics in either the  lyrics or the underlying music.

At their best, songs are like good books in that they take you on a journey that includes key elements such as:.

These elements apply to both the lyrics and the music of a song.  While the lyrics normally are the driving force in telling the story, the music provides a dynamic element that helps propel the story forward.  The songs on Trouble Will Find Me are, with a few exceptions, lacking in all of the above.   I don’t expect you to take my word for it without proof so let’s listen to a few examples.

I Need My Girl

This song starts with a lot of promise ……… a simple but catchy guitar riff and a introductory verse that could go places but…..that riff that was catchy when it introduced the song becomes maddening one it is repeated for four minutes and the lyrics never go any where.

Out of all of the songs on the album I wanted to like this one the most. I loved the title, and with that title, the lyrics could have gone to some amazing places but they didn’t……

What the hell does that mean?

At the end of the first verse I waiting for the music to break out into an amazing chorus but instead I got  a continued drone with “I stay down with my demons” repeated over and over.  Not dynamic and not interesting.  To be fair the song does take a slightly interesting musical turn with the third verse but it was too little too late for me.  My son argues that the song reaches a climax with the word “Fuck” at the end of that third verse but he and I are going to have to agree to disagree on that one.  So disappointing.

Now let’s compare and contrast these songs with England from High Violets.

The first time I listen to this song a little movie played in my head, there was story being played out in the lyrics.  The music was interesting with entertaining flourishes that added to the song.  Most importantly the overall song built to a great climax at the end.  Really good stuff!

So….. I’m disappointed in Trouble Will Find Me but I still love The National.  For now, I will continue listening to High Violet until their next album which I am sure will, once again, blow me away.

As always let me know what you think……