Posted by thebestmusicyouhaveneverheard on June 11, 2013
Posted in: Monday Music Matinee, Rock History. Tagged: The Who. Leave a comment 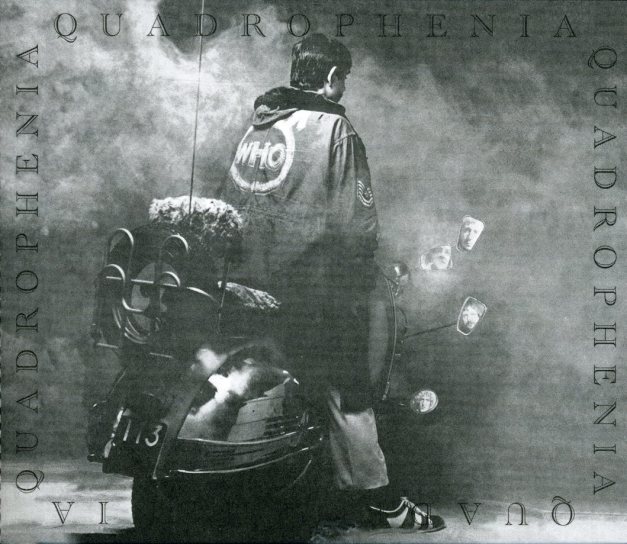 As I mentioned yesterday, Quadrophenia is my favorite Who album.  Today’s Monday Matinee is loosely based on the album and is definitely worth your time if you haven’t seen it before.  Here is a summary of the plot as provided by the Wikipedia article on the movie….

It is 1965, and London Mod Jimmy Cooper (Phil Daniels), disillusioned by his parents and a job as a post-room boy at an advertising firm, finds an outlet for his teenage angst with his Mod friends Dave (Mark Wingett), Chalky (Philip Davis) and Spider (Gary Shail). One of the Mods’ rivals, the Rockers, is in fact Jimmy’s childhood friend, Kevin (Ray Winstone). An assault by aggressive Rockers on Spider leads to a serious unprovoked attack on Kevin during which Jimmy does not help his friend and joins in on the assault.

A bank holiday weekend provides an excuse for the rivalry between the Mods and Rockers to come to a head, as they both descend upon the seaside town of Brighton. A series of running battles ensues. As the police close in on the rioters, Jimmy escapes down an alleyway with Steph (Leslie Ash) — a girl on whom he has a crush — to have sex. When the pair emerge, they find themselves in the middle of the melee just as police are detaining rioters. Jimmy is arrested, detained with a violent, leading Mod he calls ‘Ace Face’ (played by Sting), and later fined the then-large sum of £50. When fined £75, Ace Face mocks the magistrate to the amusement of fellow Mods.

Back in London, Jimmy becomes increasingly depressed. He is thrown out of his house by his mother, who finds his stash of amphetamine pills. He then quits his job, spends his severance package on more pills, and finds out that Steph has become the girlfriend of his friend Dave. After a brief fight with Dave, the following morning his rejection is confirmed by Steph and with his beloved Lambretta scooter accidentally destroyed, Jimmy takes a train back to Brighton. In an attempt to relive the recent excitement, he revisits the scenes of the riots and of his encounter with Steph, but then, to his horror, discovers that his idol, Ace Face, is in reality a lowly bellboy at a Brighton hotel. Jimmy steals Ace’s scooter and heads out to Beachy Head, crashing the scooter over a cliff, which is where the film begins with Jimmy walking back from the cliff top in the sunset back drop.

Be sure to watch for Sting who plays Ace Face!