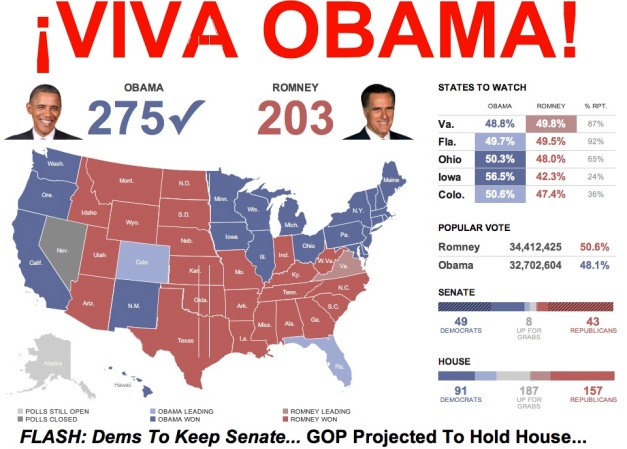 President Obama was re-elected tonight, an event that will be celebrated not only in the United States but also around the world.  As such, this victory calls for an international celebration and that is what I have for you tonight.

My friend Gerard from the Netherlands provided this song by a group called Rare Earth.  Rare Earth is a 1970s US band that was signed to Motown Records.  That is plenty international for me 🙂  Thanks Gerard!

Thanks for everyones patience during the election.  We will now transition back to a music focused blog after I take a week or so off!