The Southern California Sound (3) – A Parallel Cluster Of Genius

Posted by thebestmusicyouhaveneverheard on April 1, 2012
Posted in: The Southern California Sound. Tagged: Graham Nash, The Hollies. Leave a comment

OK, where were we?

Oh yes, we were talking about clusters of genius as identified in David Banks paper titled, The Problem Of Excess Genius.  I postulated that there had been such a cluster of musical genius in LA during the mid-1960s.  We then reviewed the stories of the Byrds and Buffalo Springfield and hopefully provided sufficient detail to at least get you to consider that these two groups might represent what I characterized as the foundational groups for the California Sound.

Before we continue to build our case and show the groups that evolved from these two foundational groups, we need to lay a little more groundwork and introduce one more musician that played a role in our story.

Jonah Leher, writing in the March 2012 edition of Wired magazine, also discusses David Banks paper and adds in some additional interesting patterns associated with clusters of genius.  One of these patterns is the development of institutions that that encourage risk taking.  In the case of the musical cluster of genius in mid-1960 LA, these institutions were the record labels.  Atlantic Records signed Buffalo Springfield within three months of the forming of the band, had them in studio almost immediately, and allowed them to record their own songs.  If this isn’t risk taking, I don’t know what is!

Another pattern is that most clusters of genius form in places that attract a wide diversity of people and that encouraged people to share ideas.  LA in the mid-1960s was clearly such a place. Clubs like the Troubadour and the Whiskey a Go Go provided “forums” for these musicians to congregate and share ideas.  Young people were being drawn to the LA music scene to participate in it or just to experience it.  Buffalo Springfield illustrates this point.  Neil Young and Bruce Palmer were from Canada, Stephen Stills was from Louisiana, and Richie Furray was from Ohio.  This influx of musicians was not limited to locations from North America; however, and this brings us to the real focus of today’s post.

In the early 1960’s there was another little (OK…huge) cluster of musical genius in Great Britain (maybe we will write about it in a later series of posts). If you were in the US, you probably referred to this as the British Invasion.  Groups like the Beatles and Rolling Stone were part of this Invasion as were another very accomplished but slightly less popular group called the Hollies.

I don’t want to go through an in-depth history of the Hollies but lets hit some high points.  The group was similar to the Byrds from several perspectives.  First, vocal harmonies were a corner of the Hollies sound.  Second, the initial successes of the Hollies were based on cover songs while eventually key members of the group (Allan Clarke, Tony Hicks, and Graham Nash) started to step forward and assume songwriting duties.  By the Hollies’ fifth album in 1966 (For Certain Because(UK)/Stop!Stop!Stop!(US) and sixth album in 1967 (Evolution), all of the songs were written by members of the group.  All was looking up for the Hollies in 1966 and 1967.

Let’s listen to the hit single released in the US for the Evolution album.

I hope you agree that the vocal harmonies on Carrie Anne, especially the high ones from Graham Nash, are brilliant.  We will hear more about Graham, and how he became part of the Southern California Sound, in future posts in this on-going series.  I should have the next series post up around mid-week. 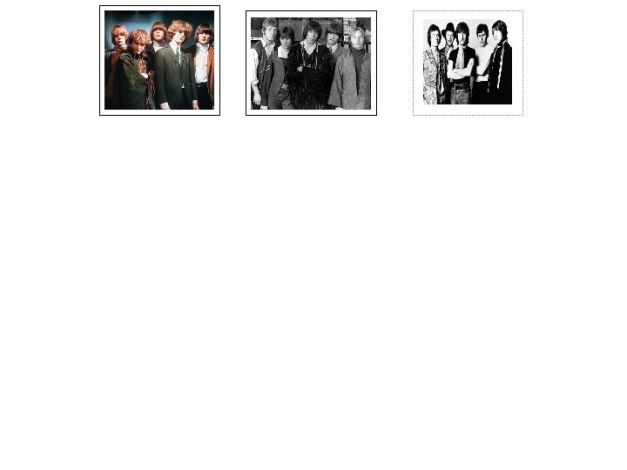